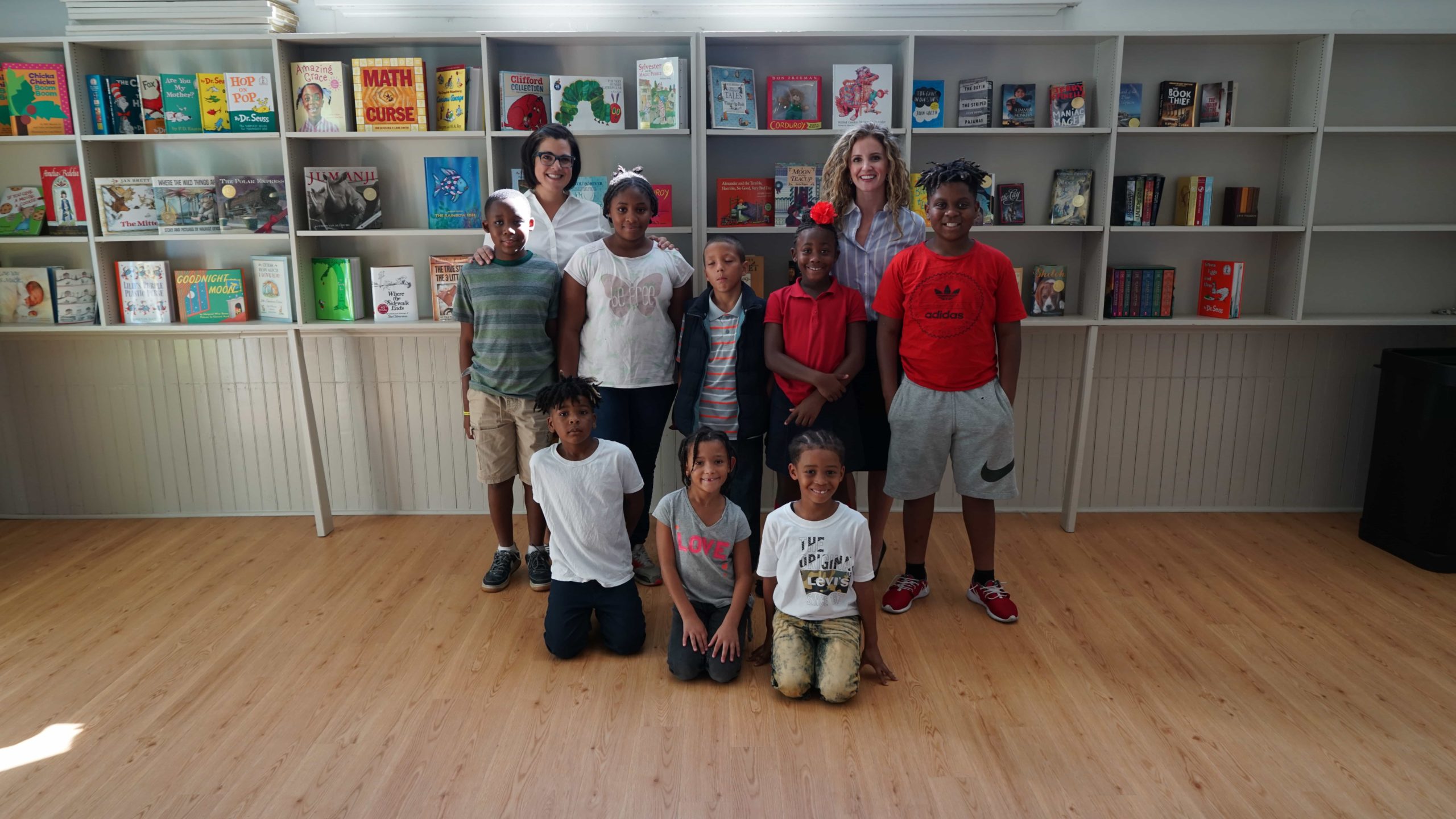 When Kristen Black presented a donation to the Boys & Girls Clubs of Columbus on September 12, it marked a subtle change for MPW Industrial Services.

The gift itself was nothing new — in fact, Black said MPW has a longstanding history of charitable contributions. It’s the company’s willingness to acknowledge these donations that signals a philosophical shift.

“MPW has always given back, but our previous efforts were very under the radar because we were focused on helping people, not drawing attention to ourselves,” said Black. “Our employees didn’t know; our customers didn’t know. We’re not looking for a pat on the back, but now we want to increase interest in volunteering and get as many people involved as possible.”

The Boys & Girls Clubs of Columbus (BGCC) provides comprehensive and affordable afterschool and summer programming to youth ages 6 through 18. The clubs offer a safe and positive environment and a variety of enriching extracurricular activities.

Black, MPW’s Director of Philanthropy & Community Engagement, said the company selected the BGCC for many reasons. The clubs’ focus on education and volunteerism thoroughly align with two of MPW’s core values — innovation and service. Also, Boys & Girls Clubs is a nationwide organization, with locations in many of MPW’s key work areas.

“The Boys & Girls Clubs actively and directly help children by teaching them life skills and the value of education,” said Black. “But they’re not just about fundraising. Our partnership has already drawn some interest in volunteering from some MPW employees.”

An MPW consultant recommended the clubs to MPW. But it wasn’t until after she met with BGCC’s Director of Development, Hilary Blakemore, and toured the clubs’ facilities that Black decided to authorize the donation, which was the company’s first endowment to the BGCC.

In a letter of thanks to MPW, Rebecca Asmo, Executive Director of the Boys & Girls Clubs of Columbus, wrote:

“Your generous contribution will make a direct impact on the lives of our Club members. Club programs such as Power Hour, Summer Brain Gain and Career Launch ensure that 5,500 youth ages 6-18 are prepared to graduate from high school with a plan for the future. Additionally, programs such as Triple Play focus on their mind, body and soul, creating responsible and caring citizens who are leading healthy lifestyles in our community.”

DIRECTOR, AND A LEADING ROLE

Black, who has worked for MPW for more than 10 years, has been in the Philanthropy & Community Engagement position for only about one year. It’s the first time MPW has had a full-time employee whose main focus is on endowments.

Much of her work to this point has included research, streamlining processes and defining the types of projects and charities that are the best fits for MPW contributions. Black said she will continue to focus on groups — like the BGCC — whose initiatives align with MPW’s core values and help people in geographical areas near MPW locations.

“The role is still evolving,” said Black. “It’s important that it’s now handled by one person. It helps us stay on mission and make sure we’re finding good organizations we can help. The challenge has been saying no sometimes. We get so many requests, but of course it’s not possible to help everyone.”

GIVE IT AWAY NOW

As recently as August, there were two impressive examples of MPW’s generosity which demonstrate that MPW’s charitable ideology includes more than the donation of funds:

BLACK TO THE FUTURE

“I just want to get more employees involved,” she said. “We have a lot of employees who are on the road, so we’re working on a distracted driving initiative for next year.”

Black said the loss of MPW Graphic Designer Brandon Sega also motivated her to consider furthering the cause of distracted driving. Sega, 25, was killed on New Year’s Eve when the vehicle in which he was a passenger was struck by another motorist.

“Moving forward, I want to get more involvement in terms of ideas, and I want to make sure we’re helping organizations near our branch locations,” she said.