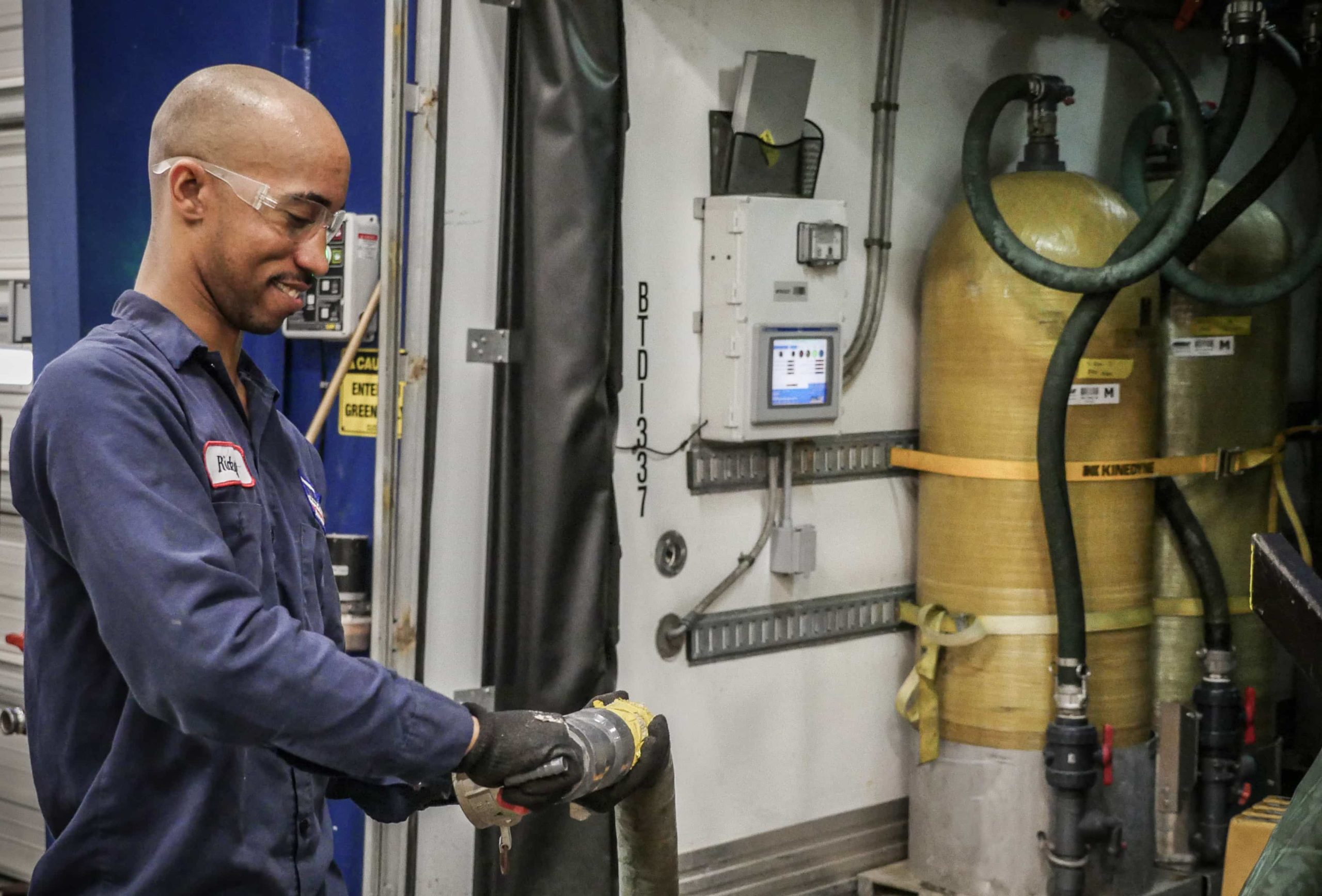 The shift to natural gas to generate electricity in the U.S. has been unmistakable and sudden.

From 2000 to 2015, electricity generation from natural gas-fired plants doubled to 32% of all fuel sources. Last April, natural gas generated more electricity than coal for the first time since the U.S. Energy Information Administration began keeping monthly records in 1973.

Furthermore, the U.S. added 5,942 MW of natural gas-fired electricity generating capacity in 2015 versus just 3 MW for coal, according to the Federal Energy Regulatory Commission. In addition, 80% of all plant retirements last year were coal.

Reflecting this dynamic shift, energy producers nationwide are rapidly installing turbines designed specifically for burning natural gas. In turn, this is creating demand for purified water to support the startup of these new units.

To prevent damage to the turbines and other critical systems before they go online, power plants conduct a series of steam blows, a cleaning process that uses the power and velocity of highly pressurized steam to remove foreign particles such as construction debris, weld slag, sand, oil, dust and rust. A loose nut or bolt thrust at a blade spinning 3,600 rpm could destroy a multi- million dollar turbine and cause an outage lasting a year or more.

A power plant in the southeastern U.S. needed nearly 15 million gal of high-purity deionized water to support the startup of a series of natural gas-fired turbines. The ultrapure water needed for the steam blows had to meet stringent quality specifications, including silica levels less than 10 ppb.

Additionally, the water level in the power station’s feedwater storage tank could not fall below 50% at any time. If that happened, the steam blow would be terminated immediately to allow the tank level to increase.

This mandate was in effect because other power generation units on site were producing electricity and required the highpurity feedwater from the tank to remain online. Such an interruption to the steam blows would prove costly, complicated and time consuming for the engineering, procurement and construction firm and the power generation station.

MPW’s Industrial Water Division was awarded a contract to develop and implement a temporary system to process strained lake water to ultrapure standards.

Demineralization with off site regeneration was selected for the final stage of the process because other purification methods would generate a wastewater stream, which the facility could not allow in accordance with its discharge permits. As a result, MPW’s operations team continually delivered regenerated trailers to the site to replace exhausted units, which were processed at MPW facilities.

As many as 100 demineralization trailers were dispatched to the plant during the month-long commissioning. Each trailer had a capacity of 10 million grains, which is roughly double that of a traditional trailer. This resulted in no more than 12 trailers on site at one time. This reduced transportation fees and the number of hookups required. The deionized water was pumped directly to the feedwater storage tank to support the steam blow project.

MPW also provided a mobile testing laboratory as a base headquarters for dedicated, onsite staffing to monitor all aspects of the project, including real-time data generation to verify water quantity and quality parameters. Silica and conductivity were top priorities.

During the project, MPW produced a volume of ultrapure water large enough to prevent the feedwater tank from falling below the 50% threshold during the job, and the steam blow was conducted without interruption.

The successful execution of the steam blows led to substantial benefits for the power generation station, including reduced logistics costs, faster project completion, no reshuffling of workloads and a smaller onsite footprint.