The event included a tour of the Aviation Center, a discussion about aircraft and the career opportunities available in the aviation industry, a live demonstration by the airport’s fire department that included a tour of a fire engine, a tour of the hangar and MPW’s two jets and a demonstration of how an airplane works using toy planes. The BGCC group enjoyed flying their own model planes in the hangar before the event ended with a Q&A session.

Mitchelson, MPW’s Chief Pilot, said MPW extended the event from one hour to two-and-a-half hours because everyone was having such a good time.

“They asked us some high-level questions about flying,” he said. “We wanted to showcase the opportunities available for people who are interested in aviation and to get the kids to think about their futures. There was a lot of interest in the planes and the fire engine demo.”

Black, who initiated MPW’s relationship with the BGCC in 2016, said MPW was thrilled to host the event.

“It was an absolutely incredible day. We’re already looking forward to the next one,” she said. 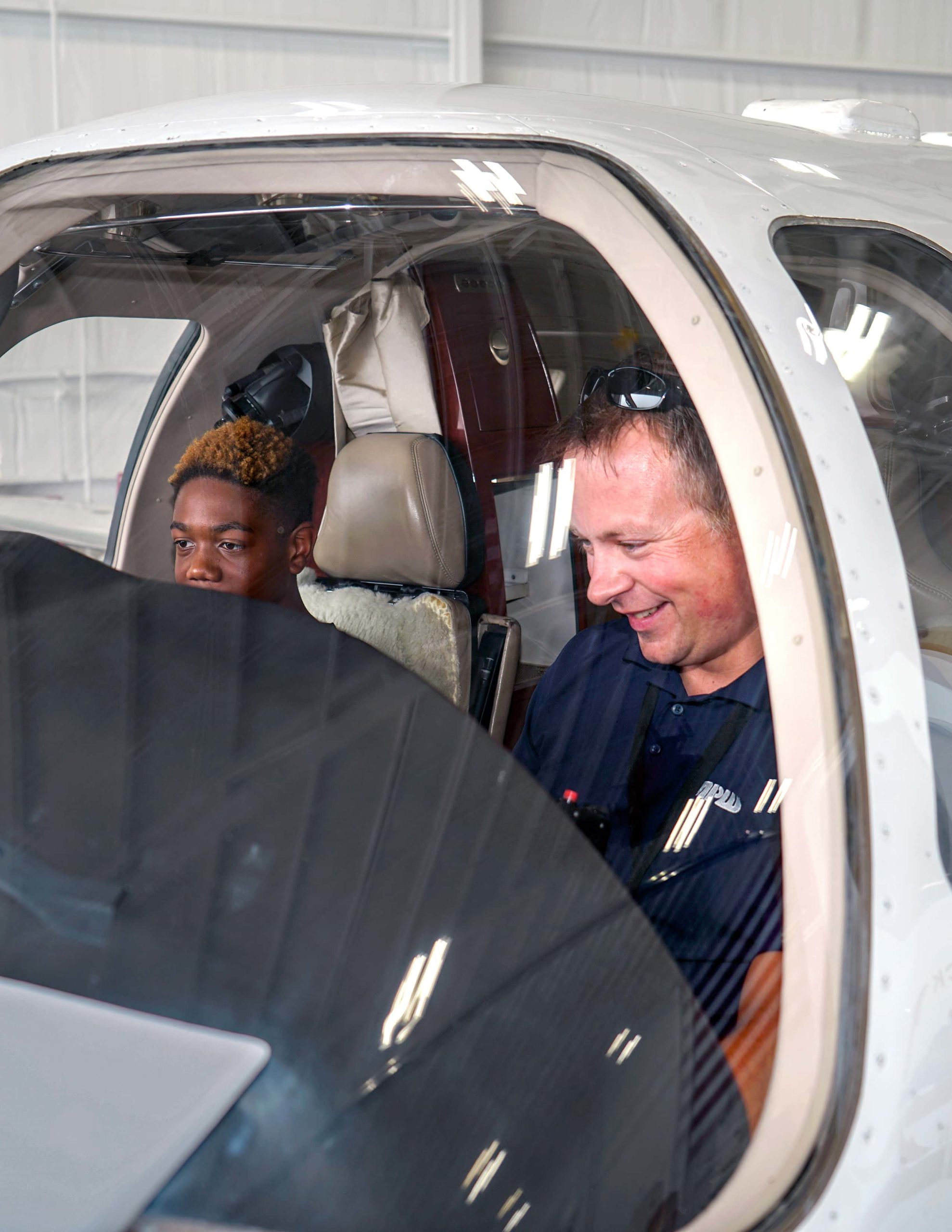