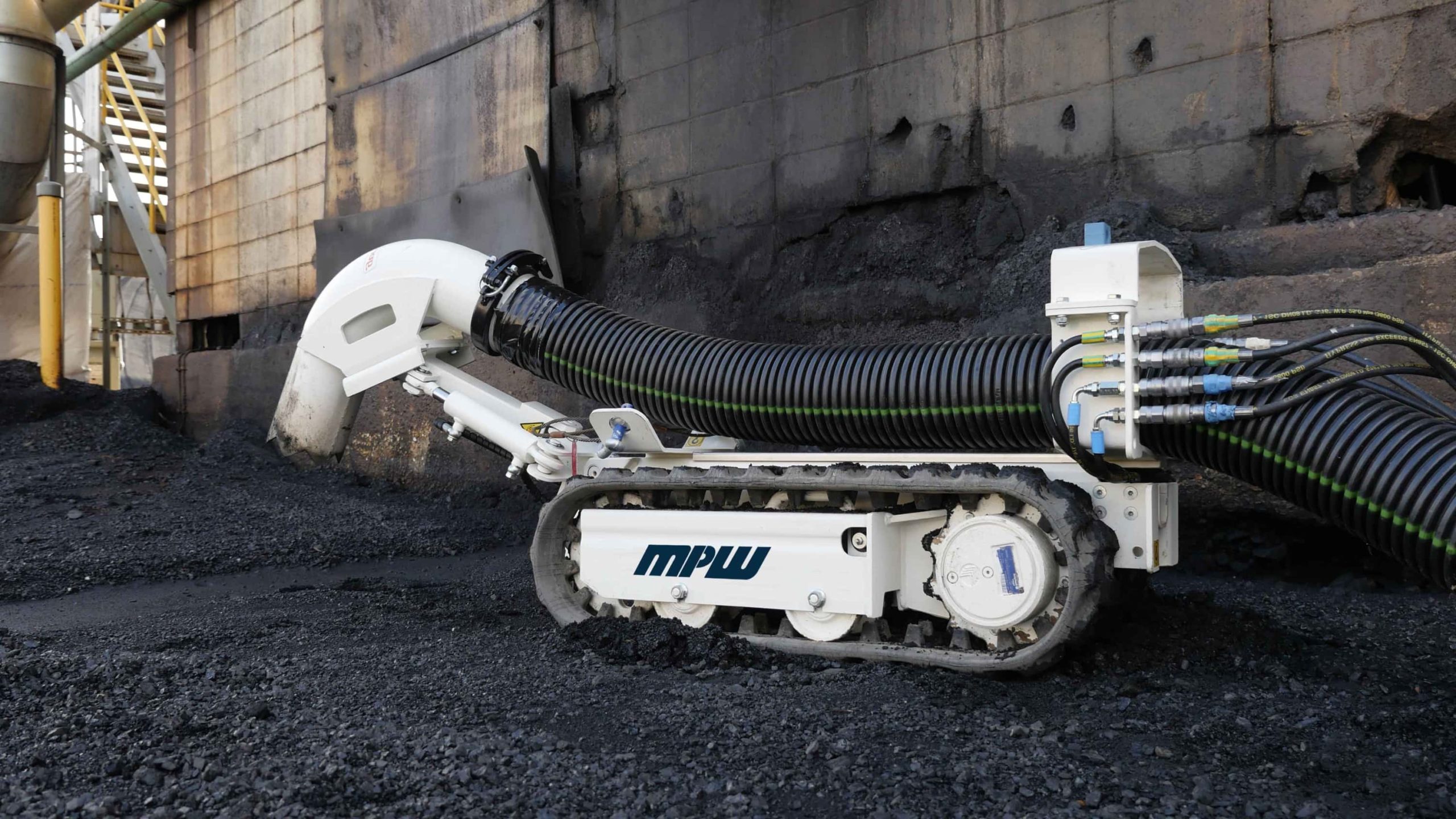 When a Virginia pulp and paper mill accepted bids to clean its white liquor tank, it was looking for a contractor with the innovative capabilities to conceive and apply a procedure to increase the speed and effectiveness of the clean while also removing workers from entering the potentially dangerous setting.

White liquor is a strongly alkaline solution mainly of sodium hydroxide and sodium sulfide. It is used in the first stage of the Kraft process for the production of pulp. Referred to as white liquor due to its opaque color, it is capable of causing corrosive burns and reddening of the skin, similar to a caustic burn.

Standard methods of cleaning white liquor tanks include water blasting the white liquor into a slurry before applying a vacuum hose. Traditionally, a worker would have to enter the tank, which includes confined-space and chemical hazards.

Managers from MPW’s operations teams knew they had access to the trained personnel and state-of-the-art equipment to complete the tank cleaning beyond the customer’s efficiency and quality standards. To clean the white liquor tank, MPW implemented its M1-RV remote vacuuming technology.

Custom-designed and fabricated by MPW engineers, the M1-RV is an automated vacuuming system. This tool increases cleaning efficiencies and eliminates the need for technicians to enter potentially dangerous confined space areas. The versatile M1-RV vacuums in conjunction with a high-pressure water nozzle and an auger, fracturing solid debris for easier removal. Using a video monitor, technicians aim the spray and adjust the nozzle with a mechanism that works similarly to a joystick.

The M1-RV was a smashing success, completing the tank cleanse without the need for additional water blasting. But the most important aspect of the project was the avoidance of human entry into the white liquor tank. The M1-RV was unfazed when a large chunk of the white liquor broke loose and fell onto the robotic base. Workers present at the time said the incident would have likely led to an injury if a worker had been in the tank at the time.

MPW completed the project one week faster than previous contractors, allowing for early inspections and returning the equipment to online status sooner than planned. MPW’s efficiency saved the customer approximately $40,000. Success on this project has helped MPW secure an expanded role at this location. MPW encountered zero safety incidents during this project.

The client awarded MPW with perfect ratings on all eight key performance indicators on a job-performance evaluation. A department manager wrote: “New technology was very much an asset on this job! Work came in ahead of plan and below cost.”