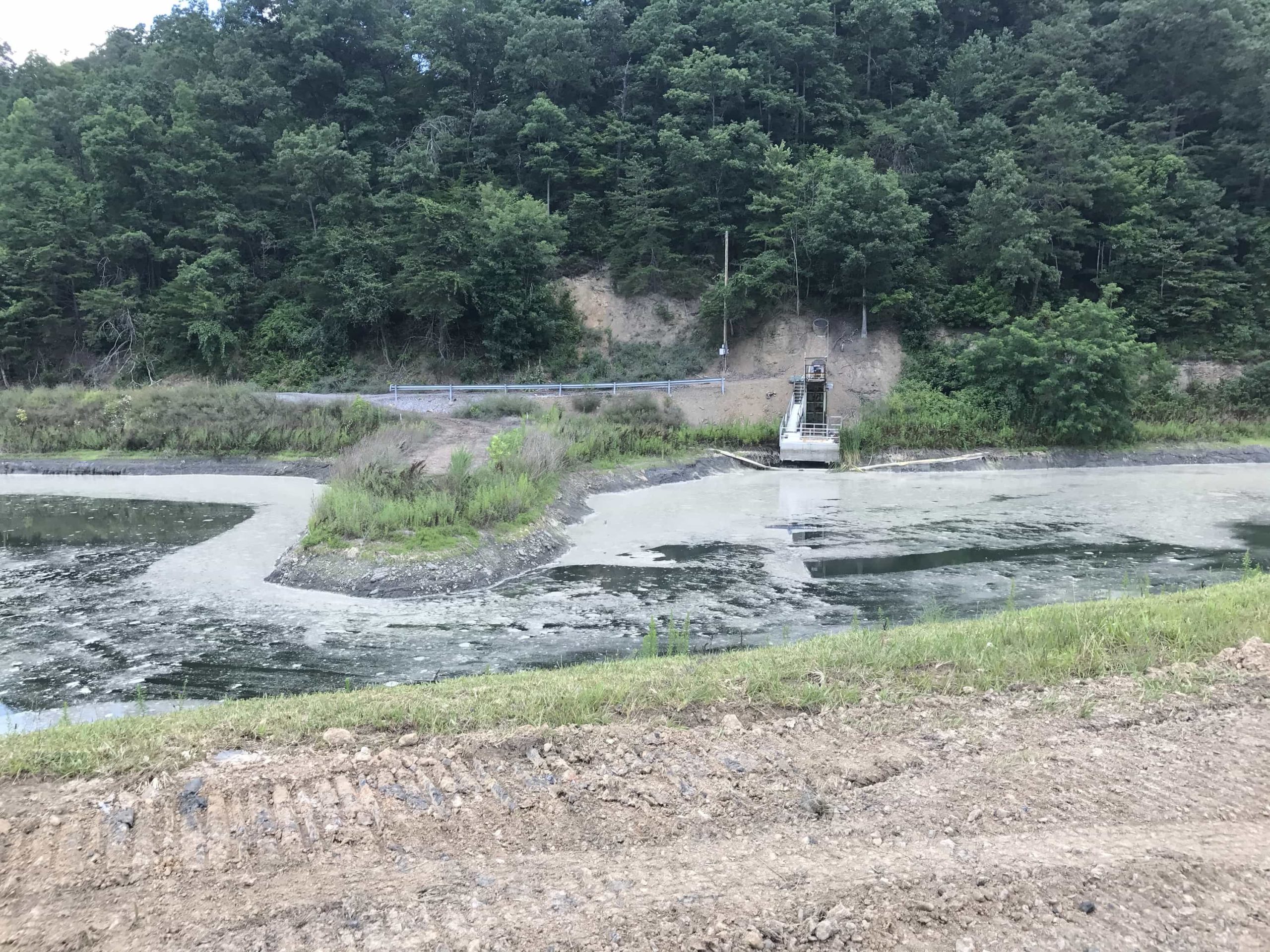 A Virginia power plant, which began generating electricity in 1958 with three coal-fired units, had decommissioned one of its units and converted the other two to natural gas. Despite no longer burning coal, two coal ash ponds remained, ne-cessitating a remediation project.

In addition to the EPA’s National Pollutant Discharge Elimination System (NPDES) permitting process, many state agencies, such as Virginia’s  Department of Environmental Quality, are proactively looking for permanent closure solutions.

To close the pond, the power plant would need to treat contact water which includes leftover coal ash; total suspend-ed solids (TSS); and associated chemicals, such as selenium, a toxic metal often found in ash ponds.
The project was further complicated by the small environmental footprint in which to work.

The facility chose MPW to complete the project due to MPW’s unique combination of quick turnaround and technical expertise. In addition, the mobile equipment minimizes environmental impact, and MPW can manage all aspects of the water treatment process.

The fundamental issues MPW overcame were the removal of TSS and selenium.

MPW managed the disposal of the solid materials separated by its clarifier as part of the dewatering process, including the transportation of the solids to landfills. In addition, MPW coordinated the MBR technology to treat the metals (including selenium) which were rejected by the RO process.

The Containerized Command Center was a key to the success of the project, as it allowed for continuous monitoring of water quality, comprehensive control of the project and ease of access to equipment for engineers.

MPW successfully treated approximately 18 million gallons of free water in the pond. Although the client expected a project duration of up to half a year, MPW completed the water treatment portion of the project in about three-and-one-half months. All this, despite the complication of storms dropping more than 4 inches of rain within a three-day period.

All discharged water met stringent permit requirements including <7 parts per billion of selenium. MPW encountered zero safety or environmental issues during this project.

After participating in post-project tours o f the site, the client and the Virginia Department of Environmental Quality both praised the quality of MPW’s responsiveness and performance as well as its mobile equipment that left no environmental footprint.