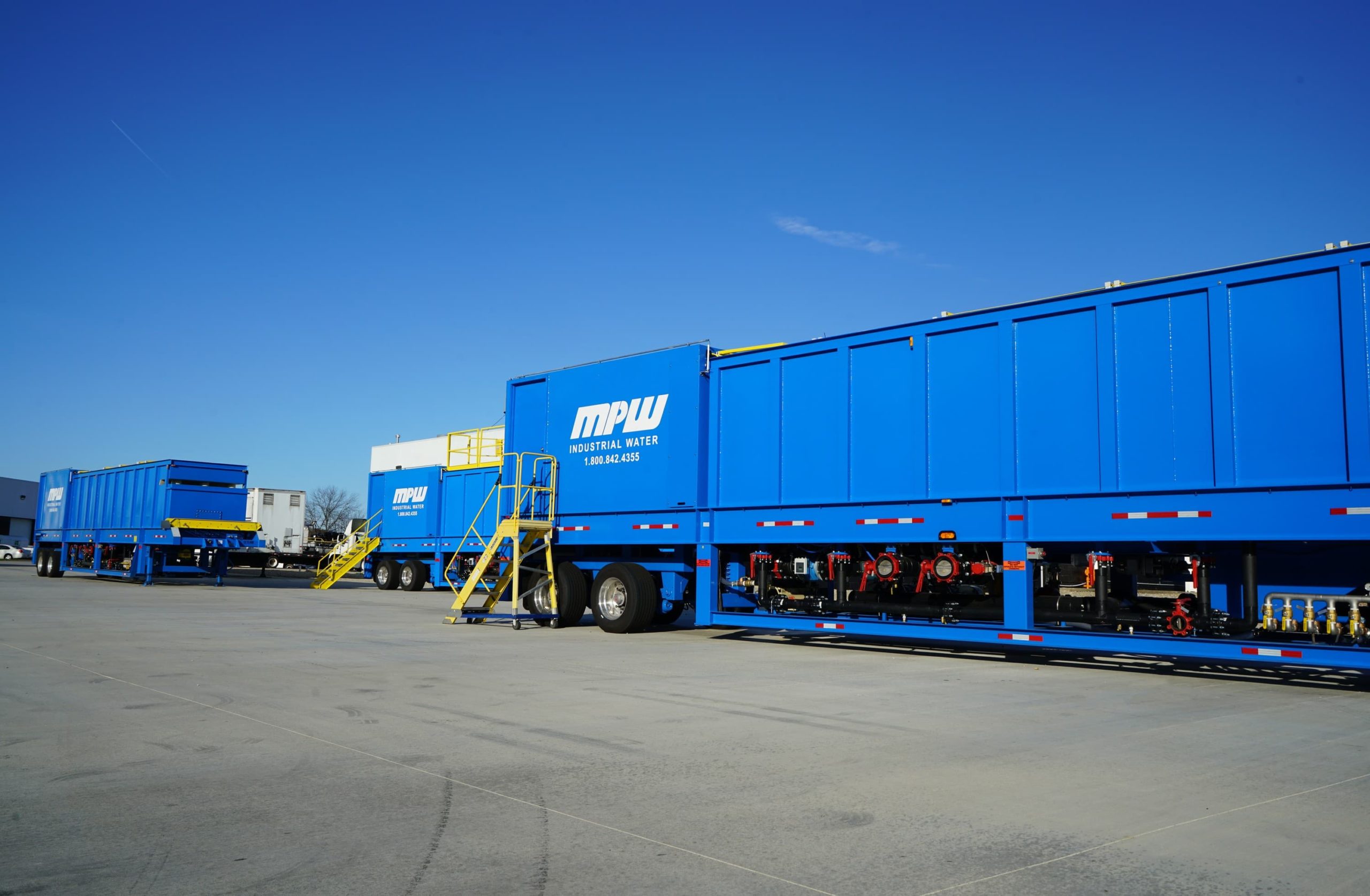 When a paper-production facility in Pennsylvania needed to take one of its clarifiers out of service for repairs, they called on MPW’s Industrial Water Division to deliver two filter trailers at each of two critical locations.

Normally, the plant pumps 8,000 gallons per minute (gpm) of river water for various plant services. The clarifiers, which were designed to reduce turbidity of the river water, were built in the 1950s and their concrete walls were crumbling.

Each of the systems provided a flow rate of 700 gpm.

MPW provided the most cost effective equipment and worked hand-in-hand with facility personnel to minimize field service travels and overnights to keep the budget as reasonable as possible.