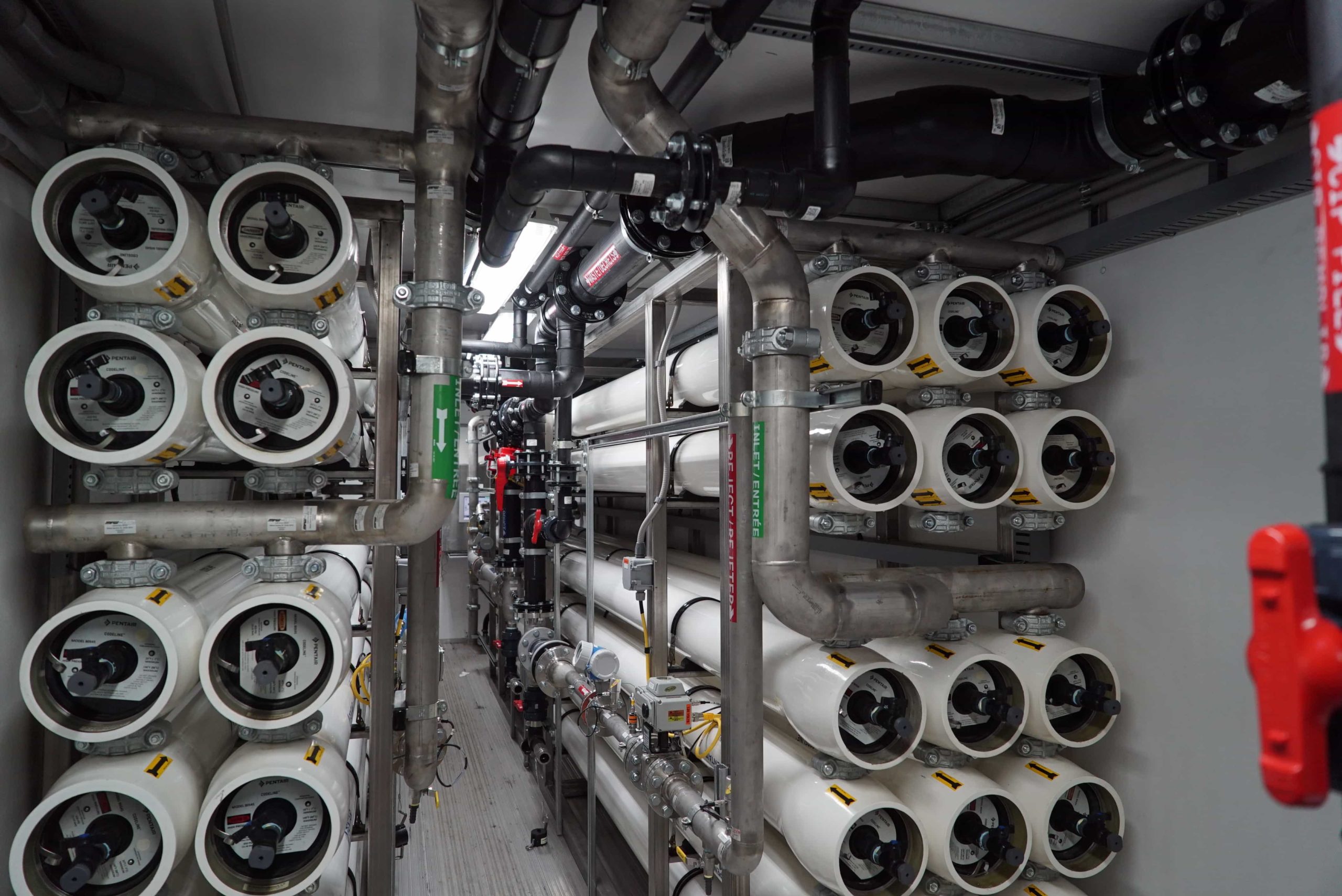 When a Louisiana chemical plant suffered a site-wide blackout, plant personnel learned they would have to bring each power-generation unit, and its corresponding water filtration system, back on-line individually. Facility workers quickly returned the on-site demineralization system to functional status, but it was receiving almost zero condensate return.

To re-establish condensate return, which is a liquid procured from steam to increase energy-production efficiency, the plant would need to increase its flow rate by approximately 1,800 more gallons per minute (gpm) than its system could produce.

Further complications arose from the lack of a suitable power source, which would prevent the use of reverse osmosis equipment during the emergency-response phase of the project.

Based on the strength of a recent MPW presentation, the plant chose to call MPW over a competing contractor that had more recently provided DI services. Four hours later, MPW delivered two 10-million-grain DI trailers – the highest-capacity trailers in the industry. Within 24 hours of the first call, MPW had six DI units functioning at the site. The customer requested two additional DI trailers on day two. After that, the customer required up to seven daily trailer swaps to adjust for issues with feedwater quality.

The source of the plant’s feedwater was clarified river water that was approximately 450 uS. At one point, the client switched over to a well-water source that measured greater than 900 uS, which lessened the throughput from approximately 500,000 gallons to 250,000 gallons per DI unit. Since the client requested a flow of 250 gpm, the trailers lasted about two days on the river water and 20 to 24 hours on the well water before being exhausted.

After three weeks of using only DI trailers, plant personnel agreed to put two filter trailers and two reverse osmosis (RO) trailers in place. By this time in the project, the facility needed 1,200 gpm to keep up with demand. After these units were put in place, only eight more DI trailers were needed during the final six weeks of the project.

During this job, MPW performed 61 DI swaps; a competitor would have needed more than 120 swaps to complete the same work.

MPW responds to emergency DI trailer needs every day. However, the volume of trailers and the execution of MPW’s emergency-response team are what made this project unique. Through the efforts of employees at all of MPW’s regeneration facilities, the company conquered the logistical challenge of keeping up with demand while also servicing its other customers. MPW responded to the customer’s specific and ever-changing requirements throughout the venture, which prevented the facility from losing millions of dollars each day.

The cost savings made possible by MPW’s RO technology, which was executed through rented power generators, was the primary take away for plant personnel once the blackout and condensate-return issues were resolved. Plant representatives said in the future they will be better prepared to handle a similar emergency.

MPW purified 14 million gallons of water over the two-month project, during which there were no safety incidents.