Driver shortage barely a bump in the road for MPW

Like any company that relies on the transportation of heavy vehicles and equipment, MPW is subject to the complications associated with the ongoing national driver shortage.

According to the American Trucking Associations:

• In 2016, the trucking industry was short roughly 36,500 drivers
• If current trends hold, the shortage could swell to over 174,000 by 2026
• Over the next decade, the trucking industry will need to hire roughly 898,000 new drivers, or an average of nearly 90,000 per year. Replacing retiring truck drivers will be by far the largest factor, accounting for nearly half of new driver hires (49 percent).
• In the second quarter of 2017, turnover in the for-hire truckload sector reached a 90 percent annualized rate, with the vast majority of this turnover being churn within the industry.

Despite these statistics, MPW has managed an impressive 70 percent rate for retaining CDL drivers.

Chief Security Officer John Schouster, who has worked for MPW for 8 years, founded the company’s driver training program in 2012 and currently oversees the operation. 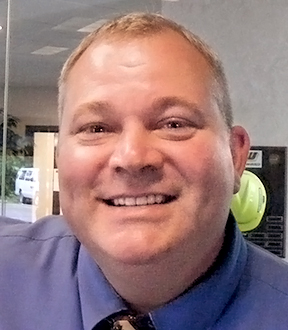 “We prefer to identify and develop current employees who we trust and give them the opportunity to advance in their careers and in pay. Plus, we add a driver. Everyone wins.”

Schouster said ensuring drivers get enough hours and remain engaged with the company are two of the most important aspects of keeping drivers.

“Drivers get bored with just ‘bumping docks,’” he said. “With our drivers, once they get the equipment there, they’re doing something. It gives them more job satisfaction.”

“A lot of people don’t realize that CDL drivers can earn more than some people who went to college for four years,” Schouster said. “I’m glad I started this program.”

For more information about MPW careers, go to www.mpwservices.com/working.