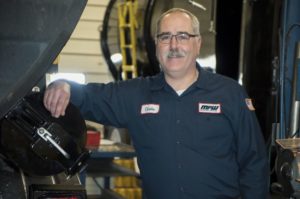 In March, 1983, after being recruited by Monte Black, Curt joined MPW Industrial Services as a mechanic /welder. Curt continued to work in that role for the next four years and in 1987 was appointed Maintenance Manager for MPW.

Still in that same role today, Curt’s responsibilities include the maintenance and management of all of MPW’s equipment and facilities.

Prior to joining MPW, Curt was a graduate of Fairfield Union High School, where he also received his welding and mechanical training and experience. Curt attributes much of his knowledge from working with his father, who was in the trucking business for more than 40 years.