It is no secret that the power sector has changed dramatically over the last 20 years. Stricter government regulations, environmental pressures and tighter budgets have transformed the way energy is produced and consumed, encouraging industry leadership to rethink age-old processes. However, certain industry standards remain constant even though an increased focus on adaptation and innovation have made way for upgraded, more resilient solutions. 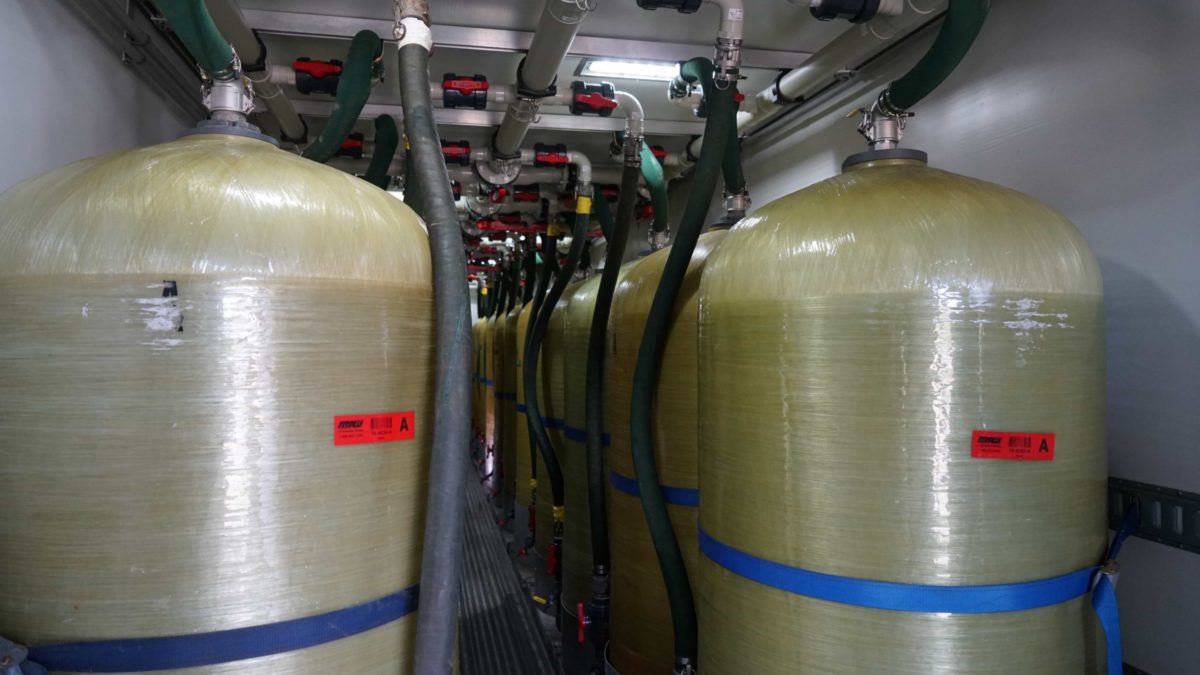 For years, power plants have relied on non-metallic water piping methods to avoid the high cost and inevitable corrosion of steel. But common plastic alternatives like polymer vinyl chloride (PVC) pipes have proven to be just as challenging, even though the initial investment is much less.

Recently, leading power plants have made a quiet shift toward using high-density polyethylene (HDPE) — a highly durable, corrosion-resistant piping option that can drastically improve hydraulic efficiency. Though adoption of HDPE is becoming more widespread, the vast majority of steam-electric power stations are still using outdated piping for water transport, leading to an increase in pipe-related failures and plant shutdowns.

What is a typical use case for HDPE?

HDPE is a thermoplastic pipe that is made from petroleum and is completely resistant to corrosion. Because it is strong enough to withstand applications above or below ground, or in water, HDPE is used in a variety of applications such as mining, chemical/petrochemical and other process-related industries.

Increasingly, use of HDPE instead of PVC has grown within the power sector because of the large volumes of water that must be processed, refined and recycled in a typical production cycle. Specifically, HDPE pipes are used to transfer ultrapure cooling tower water, one of the most critical systems in the power generation process. Because a power plant cannot operate without pure water, having a reliable piping system in place that can handle process requirements is top-of-mind for operators.

HDPE far exceeds PVC in terms of life expectancy. Industry reports show that PVC has an installed life of eight to 15 years. In those years, the PVC piping changes drastically. It becomes brittle and is therefore more susceptible to cracking or breaking when a system experiences pressure fluctuation. Some plant leaders even recommend scheduling changeouts every five years to ensure operations are not impacted by PVC degradation.
Comparatively, HDPE piping can last between 50 and 100 years and shows almost no degradation over time. It is also much more flexible, making it far less sensitive to pressure fluctuations. Plus, HDPE does not rust or decay, keeping the piping intact for much longer.

In fact, according to the Plastics Pipe Institute (PPI), HDPE pipe provides the lowest life cycle cost when compared to other systems due to significantly reduced or no leakage, water conservation, fewer new water treatment plants, reduced maintenance crews, reduced seasonal water-main breaks and no loss in flow capacity over the long term.

How is the installation different from PVC?

PVC piping products use a water-resistant glue to connect individual pipe segments. Whether it is for a repair or a brand-new installation, this glue takes between eight and 10 hours to dry, and even longer if testing is required before operations can resume.

HDPE piping is joined using heat fusion, and once connected, it is pressure-rated with a leak-free seal in just eight minutes. During the fusion process (as reported by PPI), matching ends of the pipes are aligned and heated with standard tools until the surfaces become molten. When engaged under moderate pressure, the melt faces flow together forming a monolithic, homogeneous joint that, as the material cools, yields joints that are as strong as or stronger than the pipe itself. There are several other well-established heat-fusion procedures used to join HDPE pipe including electrofusion, which is exceptionally well-suited for the assembly of pipe to fittings or for making tie-ins or repairs, and saddle fusion, which is used for the attachment of service fittings to HDPE mains.

Also, because HDPE is lighter like PVC, but more flexible, many users experience significant cost-savings during installation. HDPE can also be installed using trenchless technology, which is historically much faster and less disruptive than a traditional open-cut approach.

Are there other benefits?

In addition to the cost- and time-savings, HDPE piping offers many other benefits worth noting.

First, HDPE is much more versatile than PVC and can be installed in a variety of climates. One of the common challenges with PVC is its lack of protection from sunlight. In warm, sunny outdoor applications, exposure to sunlight degrades PVC substantially, causing cracks and other faults. The sun also creates a white, chalky coating on the outside of the pipe, which makes it brittle and causes it to snap over time.

Exposure to sunlight is not a concern with HDPE piping because it features a built-in UV-inhibitor, making it more resistant to the elements.
Leeching is also an issue with PVC pipes. When producing ultrapure water from a freshwater source, PVC will leech out some of the elastomers in the piping, weakening the material and infusing the water with small amounts of chemical byproduct. Because of how HDPE piping is designed, plants will experience little-to-no leeching over years of use.

Finally, HDPE is often touted as a greener piping solution. Not only is HDPE more cost-effective to install and transport, but it also takes less energy to manufacture, thereby reducing its environmental impact. Because the piping product is fused and water-resistant, there is no water loss or risk of chemicals affecting the surrounding areas. Most HDPE piping is also recyclable after its initial use — users can cut out the fittings of an old project and then refuse them over and over again. PVC fittings are usually thrown away or require the use of
a glued coupler.