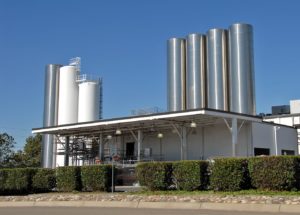 Upon purchasing a Minnesota dairy facility, a food production company was facing issues with its wastewater discharge failing to meet city specifications. The city had fined the facility hundreds of thousands of dollars in previous years for discharges that exceeded the plant’s permit. At one point the city forced the facility to shut down the plant and transport all waste to a different waste treatment plant.

Furthermore, a lack of qualified personnel forced the plant to reassign employees from maintenance crews to the wastewater facility, leading to problems associated with inexperienced personnel operating the equipment as well as staffing concerns within other departments.

After researching staffing firms to find temporary employees, the plant decided it couldn’t justify hiring people with no knowledge of water treatment to run its facility. As a result, the company chose MPW Industrial Services to utilize experienced Field Service Technicians to staff the wastewater treatment plant and ensure the facility met city wastewater standards.

MPW Field Service Technicians were in charge of 24/7 operation of the on-site dissolved air floatation (DAF) system. Wastewater from the plant is pumped to an equalization tank and a high-strength tank. Water from both tanks is mixed and then sent to the DAF, which mixes it with ferric chloride and a polymer that binds solids together and allows them to float to the surface. These solids are then skimmed off the top and transported off-site for disposal. The remaining water is then discharged to the city.

As the technicians operated the DAF, they monitored wastewater spec levels and kept detailed operating logs. The log data uncovered system trends that were valuable to the facility and MPW.

MPW also measured COD, pH, and TSS levels hourly to ensure that they were within city discharge requirements before the wastewater was discharged to the treatment plant:

The facility initially asked MPW to staff the plant for one month, but after witnessing the knowledge, professionalism and real-time problem solving capabilities of the Field Service Technicians, the client opted to extend the contract to six months.

MPW’s consistent, reliable service ensured that the plant was always operating at its highest capacity and COD, pH and TSS levels were always within city requirements.

MPW also provided additional testing equipment — including handheld TSS meters — to ensure waste specs are consistently met. The new procedures have eliminated the city-discharge issues, avoiding the costly fines, downtime, delays and shutdowns that had occurred in the past. The improved discharge performance has also helped to significantly improve the relationship between the facility and the city.

The plant is following an MPW plan to transition its own employees to eventually staff the plant.