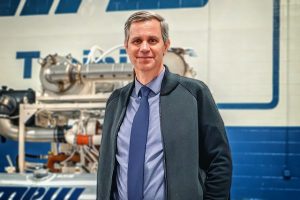 Before his MPW tenure, Colonel Dawson served 34 years in uniform, retiring from the U.S. Army after overseas tours in Germany, Afghanistan, South Korea, and Iraq. His work included assignments in the field, as U.S. Military Academy faculty, and with The Joint Staff (Pentagon), culminating as Director of both the U.S. Army Heritage and Education Center and Center for Strategic Leadership, U.S. Army War College.

A member of the Waterjet Technology Association, Dawson also has a Bachelor of Science in Secondary Education from The Ohio State University, both a master’s and PhD in History from Florida State University and a National Security Studies master’s from the Naval War College.