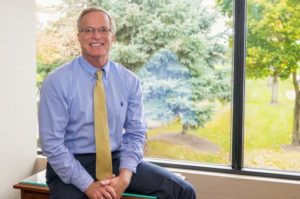 Jim Tyznik joined MPW Industrial Services in 2010 in the role of Plant Manager for the company’s Industrial Water regeneration plant in Newark, Ohio. Jim was promoted to Director of Plant Services in 2011, where he was responsible for the operations of all of MPW’s regeneration plants in the United States, including facilities in Sedalia, Missouri, Wilkes-Barre, Pennsylvania and Port Arthur, Texas.

In 2012, Jim was named Director of Field Services, growing Industrial Water’s field service operations to include over 50 locations and 70 employees serving customers nationwide. Today, Jim serves as the Director of Human Resources. He is responsible for compensation, training and talent acquisition throughout the company.

Before joining MPW, Jim worked at Worthington Industries for 14 years, where he held positions in finance, sales, operations and general management. Jim is a graduate of Cornell University with a bachelor’s degree in business administration.

Q & A with Jim Tyznik