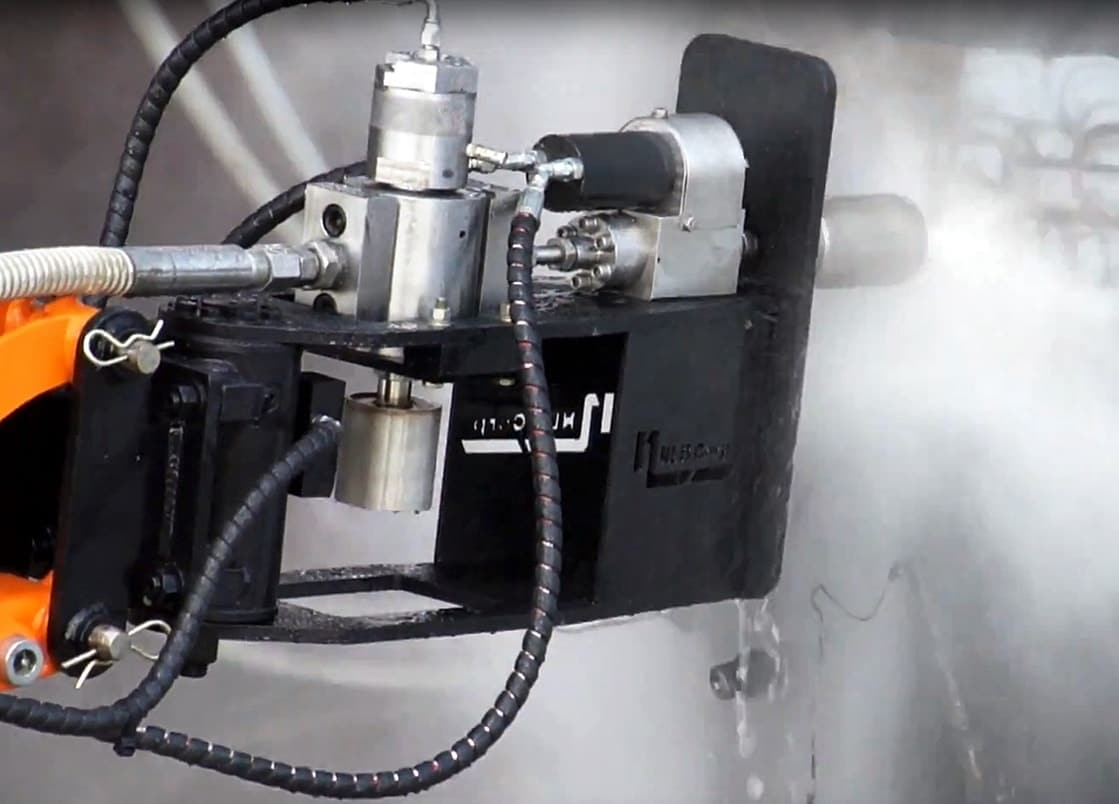 A Florida sugar manufacturing plant was using chemical cleaning processes on evaporator tubes. Over the course of a season the residue left after each clean accumulated to the point that heat transfer was problematic during the months of January and February when the mill and cane supply operations were optimized.

It had become necessary for the plant to hydroblast evaporator tubes annually in summer in order to de-scale them back to a bare-metal condition, as its chemical cleaning processes could not attain this standard. The summer hydroblasting work attained a bare-metal standard and enabled the following crop to start with heat transfer rates at optimum levels.

MPW Industrial Services recommended hydroblasting as an alternative to chemical cleaning during the harvest season.

The plant knew by virtue of the results in the summer cleaning that bare-metal standards could be achieved with hydroblast technology, but since the evaporators were cleaned at the beginning of summer with chemicals, prior to the hydroblasting work, there was concern that untreated scale might be resistant to hydroblasting.

In its initial attempt, MPW would have to prove itself on the basis of the most stringent routine wherein the window for taking off-line, locking out and closing up the vessels was three days.

The plant gave MPW a target of 72 hours from the time of first accessing the vessels to completion of cleaning work.

A second objective was to assess the manageability of an operation on this scale, taking into consideration the need for MPW to:

MPW’s third objective was to improve the overall heat-transfer capability in the evaporator station beyond the levels typical for the months of January and February, when the accumulation of scale residue from preceding weeks of chemical cleaning starts to have a discernable negative effect.

MPW successfully hydroblasted all the tubes in the A-train evaporator in 69 hours, 45 minutes.

There were no reported safety incidents and the operation did not infringe upon any other activities in the plant.

According to plant managers, “MPW supervisors were knowledgeable and attentive and kept plant personnel well informed about progress and the short-term plans.”

It was important to the plant that MPW’s timelines allowed for rework in a vessel in the rare occasion that the cleaning standard was not met. This is a major advantage over chemical cleaning where any rework would add days of scaling time to all the other evaporators that are on-line. In a mechanical clean, while the train is off-line for three days, each vessel takes only one day to clean. So it is possible, given the availability of an extra lance, to redo a vessel without adding anything to the overall down-time.

With chemical cleaning, the extra time involved in locking out vessels combined with the fact that nothing can be done to address a substandard clean makes inspection pointless and impractical. Because MPW provided the option to inspect before starting work and because cleaning each vessel only takes a fraction of the overall outage time, it was possible to omit cleaning vessels that were not notably scaled and clean more slowly or repeat others where the scale appeared heavier.

Another benefit of MPW’s hydroblasting program was that the train was accessible for maintenance during the cleaning work, unlike with a chemical clean when any access had to be done before or after cleaning and added to the total turnaround time.