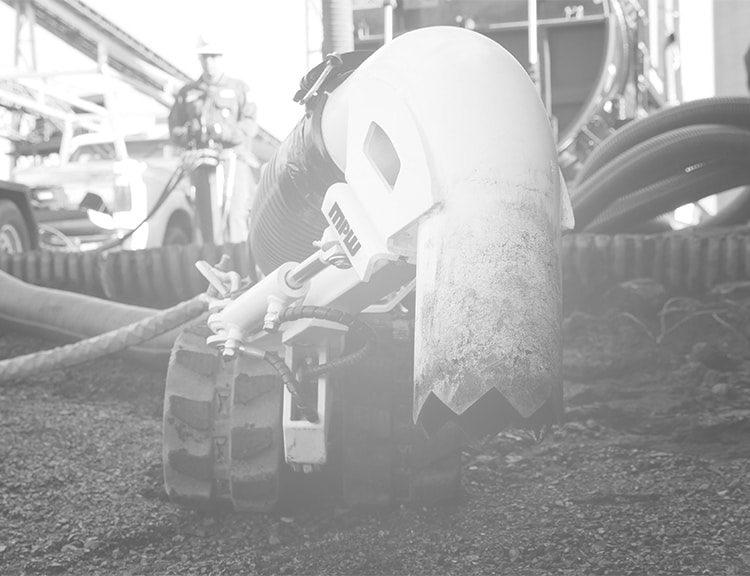 By Jimmy Peck, General Manager, MPW Industrial Services and a member of the WJTA Board of Directors

In the industrial sector, the cleaning and inspection of critical equipment plays a significant role in any maintenance program. While plant management generally understands the importance of maintaining a regular cleaning schedule, unfortunately the process can be a burden to operations. Confined spaces or hazardous environments can be difficult or dangerous for workers to reach, causing unnecessary risks for companies and their people. Plus, the words “cleaning” and “maintenance” tend to be synonymous with turnarounds and downtime in the industrial world, which can be detrimental to a plant’s bottom line.

Luckily, advancements in hands-free cleaning technology have made the process much simpler over time, putting employees out of harm’s way and improving plant efficiency and reliability. More recently, companies have placed increased emphasis on the use of hands-free water blasting technology, particularly in the petrochemical and refining industries, for the safe removal of fouling from critical components. Though such technology is essential to creating a safe and efficient operating environment, other solutions, like hands-free vacuuming, are equally important yet not as prevalent.

The following article explores the possible dangers associated with manual vacuuming technologies, and pulls from real industry examples that further emphasize the need for  companies to adopt more hands-free solutions.

Like many other industrial cleaning processes, manual industrial vacuuming poses a significant risk to employees managing the machinery. Industrial-strength vacuums use extreme air movers to remove unwanted buildup, and often require a specific operating license. Improper use of such technologies can result in serious injury, including compartment syndrome, broken bones, burns, amputation of extremities, and in rare cases, death.

In industrial settings such as power, steel and automotive production, vacuum cleaning projects often require employees to enter confined spaces, like tanks or pipes where they may be exposed to hazardous material. These spaces are not designed for continuous occupancy, and can be difficult to exit in the event of an emergency. Moreover, OSHA has strict standards in place that help protect employees from such situations, like requiring permits for especially dangerous spaces and limiting exposure to airborne  contaminants.

While compliance with industry standards and regulations will certainly reduce a company’s potential for human error, total risk elimination is only possible when employees are removed from the equation. Selecting more advanced, hands-free industrial vacuum technologies with the capacity to remotely collect harmful material is the best way to keep workers safe and production running smoothly.

When a pulp and paper mill accepted bids to clean its white liquor tank, it was looking for a contractor with the innovative capabilities to design and implement a procedure to increase the speed and effectiveness of the clean while also removing workers from entering the potentially dangerous setting. White liquor is a strongly alkaline solution mainly of sodium hydroxide and sodium sulfide. It is used in the first stage of the kraft process for the production of pulp. Referred to as white liquor due to its opaque color, it is capable of causing corrosive burns and reddening of
the skin, similar to a caustic burn. Standard methods of cleaning white liquor tanks include water blasting the white liquor into a slurry before applying a vacuum hose. Traditionally, a worker would have to enter the tank, which includes confined-space, heat and chemical hazards.

MPW was asked to manage the project and employed hands-free vacuuming technology to effectively clean the white liquor tank. The custom technology featured an automated vacuuming system and was used in conjunction with a high-pressure water nozzle and an auger. Using a video monitor, technicians were able to aim the spray and adjust the nozzle with a mechanism that works similarly to a joystick.

The total program was an overwhelming success, completing the tank wash without the need for additional water blasting. But the most important aspect of the project was the avoidance of human entry into the white liquor tank. The remote vacuum was unfazed when a large chunk of the white liquor mud broke loose and fell onto the robotic base. Workers present at the time said the incident would have likely led to an injury if a worker had been in the tank.

Thanks to the hands-free technology, the project was completed in record time, allowing for early inspections and returning the equipment to online status sooner than planned. What’s more, the mill encountered zero safety incidents during the project and recognized an estimated $200,000 in savings due to reduced man hours.

Final Thoughts When searching for hands-free technology for your next cleaning project, remember that water blasting is only part of the solution. Taking a holistic approach to industrial cleaning projects employing both hands-free water blasting and vacuuming technologies is the best way to guard against potential issues in the future. When used correctly, these tools not only help protect a company’s workforce, but also increase the overall efficiency of an operation. It’s important to keep in mind that not all technology providers are created equal. When selecting an industrial cleaning partner, be sure to look for a company with a culture committed to investing in research and development for hands-free industrial technologies.