Between July 2017 and June 2018, MPW employees accepted 309 promotions, which is about 10 percent of the company’s total number of employees. In this three-part series, The Leader will publish the stories of MPW employees who have made strides professionally and examine how and why MPW continues to invest in its people.

Gavin Watts had no idea how much his life would change when he walked into a career fair in 2007.

Watts was a recent graduate of The Ohio State University with no knowledge of MPW, but his curiosity and his open mind led him to the company’s burgeoning Industrial Water Division.

“The MPW recruiter started talking to me and eventually asked if I’d be interested in interviewing,” Watts said. “I met Kristen Black and Jared Black. Jared, who was the General Manager of Industrial Water at the time, gave me an overview of the business and took me on a tour of the Newark (Ohio) plant. I became interested. I accepted a Management Trainee position, which was basically like being a technician in training.”

Eleven years, seven promotions and three relocations later, Watts has acquired an in-depth knowledge of the processes and business practices associated with the industry. His story reflects the growth of the division itself.

“Gavin learned the water business from the ground up. He is always willing to try new things and his critical thinking has allowed him to improve many processes over the years,” said IW General Manager Tim Dondero. “He understands the technical side of the business, especially when it comes to deionization resin and is a resource for many people in the organization. Each of Gavin’s geographical moves improved the business and allowed him to quickly advance his career.”

Watts said his experience in different roles and locations has given him invaluable perspective.

“Performing in multiple positions has provided me a great overview of the division,” he said. “But I’m also interested and fascinated in what we do. I enjoy researching and as I learn I try to retain as much as I can and apply that to the next challenge. I have gained a lot of knowledge about our processes, but I’ve also learned to ask for help when I don’t know something.”

Dondero said the role of Business Development Manager, which Watts accepted in 2017, allows Watts to act as a liaison among sales, engineering, operations and technical teams. He said it’s a perfect job for Watts’ skill set.

“Gavin manages to keep a calm demeanor even in times of high stress, which allows him to systematically work through many issues,” Dondero said.

Watts said he has enjoyed witnessing the company’s growth.

“The improvements are almost endless. With technology, we constantly re-evaluate designs and equipment. And the increase in our volume of business has been impressive. In the past we felt like a small company, but now, with more than 3,000 employees, we’re really not. We’ve opened three new service centers since I’ve been here and we’re building a fourth,” he said.

Dondero said this growth has created the need for MPW’s emphasis on teaching management skills.

“As the organization thrives, there is more difficulty in a few leaders being involved in everything,” Dondero said. “So, we ask more people to be responsible  for projects or teams, which requires a certain set of skills.”

“It’s hard to describe the people and the work environment here,” Watts said. “Recently, we went kayaking as a part of an IW Gulf Coast regional event. The people we met there who were not from MPW couldn’t believe it was a work event. They thought we were all just good friends. That’s the way it is at MPW. There are no feelings of walls or doors. You can talk to anyone here regardless of position.” 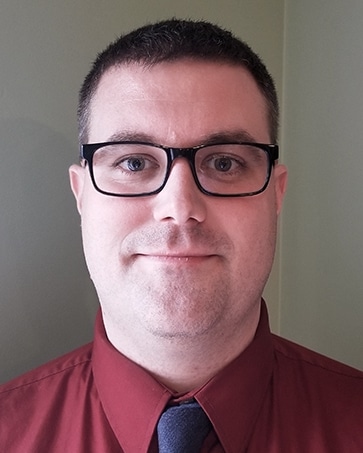 In 2009, when MPW hired Jason Ravert as a Water Technician in Wilkes-Barre, Pa., Watts was the Production Manager at the same location. Less than a year later, Watts became the Wilkes Barre Plant Manager, a title Ravert would acquire in 2015.

Ravert said Watts helped educate him on the basics of the industrial water business.

“Along with Gavin, Pat Perugino — who was a supervisor in Operations at the time — taught me a lot,” Ravert said. “I’ve always admired Gavin because he has high standards for safety and quality. We got along great. I always respected him as a boss and a person.”

Dondero said Ravert, like Watts, learned the regeneration process from the ground up. But Ravert came to MPW with applicable experience.

“I began working with a fire department when I was 18 years old,” Ravert said. “I started as a volunteer, but soon took on the role of driver. Then I was a fire chief for 14 years. There are some similarities to working at MPW. Having an emergency background and mindset, you’re always ready to respond. You learn to kick it into a different mode to get the job done. And there’s the safety emphasis. It’s the most important thing across the board. I learned early on to be safety conscious and to hold myself and others to a high standard.”

“We knew Jason had the knowledge to run the plant operation, but we were uncertain how he would manage the customer service and the larger projects that are associated with being a Plant Manager,” Dondero said. “As a PM, he took courses to develop his leadership skills. He led multiple large capital projects in Wilkes-Barre, including the drilling of a well and the installations of an RO and a condensate-regeneration system. Jason is also active in visiting customers to help provide an operations perspective to the sales cycle. He has exceeded expectations and eased all concerns.”

“When the Port Arthur (Texas) plant was opening, I went down there and helped train some of the new hires,” he said. “Also, at one point, Newark needed a third-shift technician, so I stayed there for a while to help them. Working at MPW is about hard work and dedication and the willingness to go the extra mile.”

Ravert said being a Plant Manager has allowed him to witness MPW’s growth from a unique vantage point.

“I’ve seen the new systems, like our condensate trailers, that have added to our operational capabilities. Our team has grown by four people since I’ve been the PM. I’m a big fan of our internal promotion program because I get to see a lot of people get opportunities to advance,” he said. 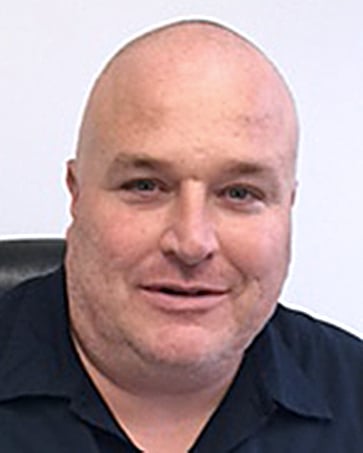 Among other duties, Mike Romano has built DI tanks in Newark, managed the Sedalia (Mo.) plant and maintained a sales territory that includes Southern Texas and Southern Louisiana.

Romano’s 12-year MPW career includes seven promotions and three cross-country moves. He wouldn’t have it any other way.

“I like the chaos,” Romano said. “It fits my personality. I don’t think a regular nine-to-five job would fit me. There are emergency situations we have to manage for customers. It’s controlled chaos.”

Dondero said Romano’s abilities to manage disorder, as well as a Lunch & Learn for a customer, were on full display recently.

“When Mike moved to sales he presented to a customer in Louisiana who had never used us before,” Dondero said. “He brought a DI trailer and walked the customer through what makes our equipment better. Not long after, the customer was in an emergency and called us to support them. In 2018, MPW delivered more than 150 DI trailers to this customer.”

Romano credited his MPW support system with part of this success.

“Jeff Hale, the Port Arthur Plant Manager, showed up with me and I think that impressed the customer,” Romano said. “When we went in there the customer thought MPW wasn’t a big company. But with the help of Marketing, the presentation slides were very professional, and we opened their eyes. They were impressed with the equipment and our new step designs, which are safer. They liked the interior HDPE [high-density polyethylene] plumbing. They raved about the trailer. Within a month they had a situation where they needed 90 of our DI trailers.”

Dondero said Romano’s diversified background has helped him in his sales role.

“Mike knows the IW equipment well, and being from Lancaster (Ohio), was very familiar with the company,” Dondero said.

“Mike’s experience in plant operations, logistics and mobile equipment has helped him communicate the benefits of MPW. Mike is also hardworking and very dedicated to MPW. He understands the logistical challenges associated with the regeneration process and is realistic in setting customer expectations.”

Romano said his advice to new employees is to learn the details of MPW processes.

“You can get by just turning valves, but if you come in and learn exactly what’s going on you will be more successful. You have to learn from experienced people. Some people think if you ask a lot of questions it’s a sign that you’re not smart. I think that’s a bad road to take. Being effective at MPW is also about working hard. You’re not going to get opportunities if you don’t work hard. Be
dedicated to safety and always take care of the customer.

“If you want to move up in IW, Tim Dondero and the management team are very helpful. You have all the resources right in front of you. It’s up to you whether you choose to use them.” 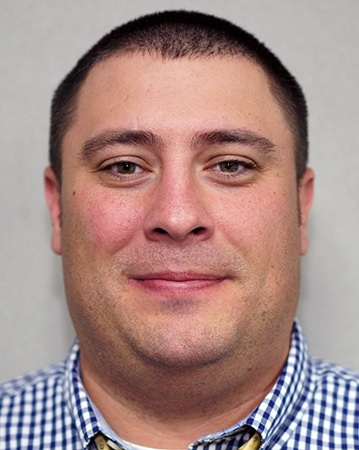