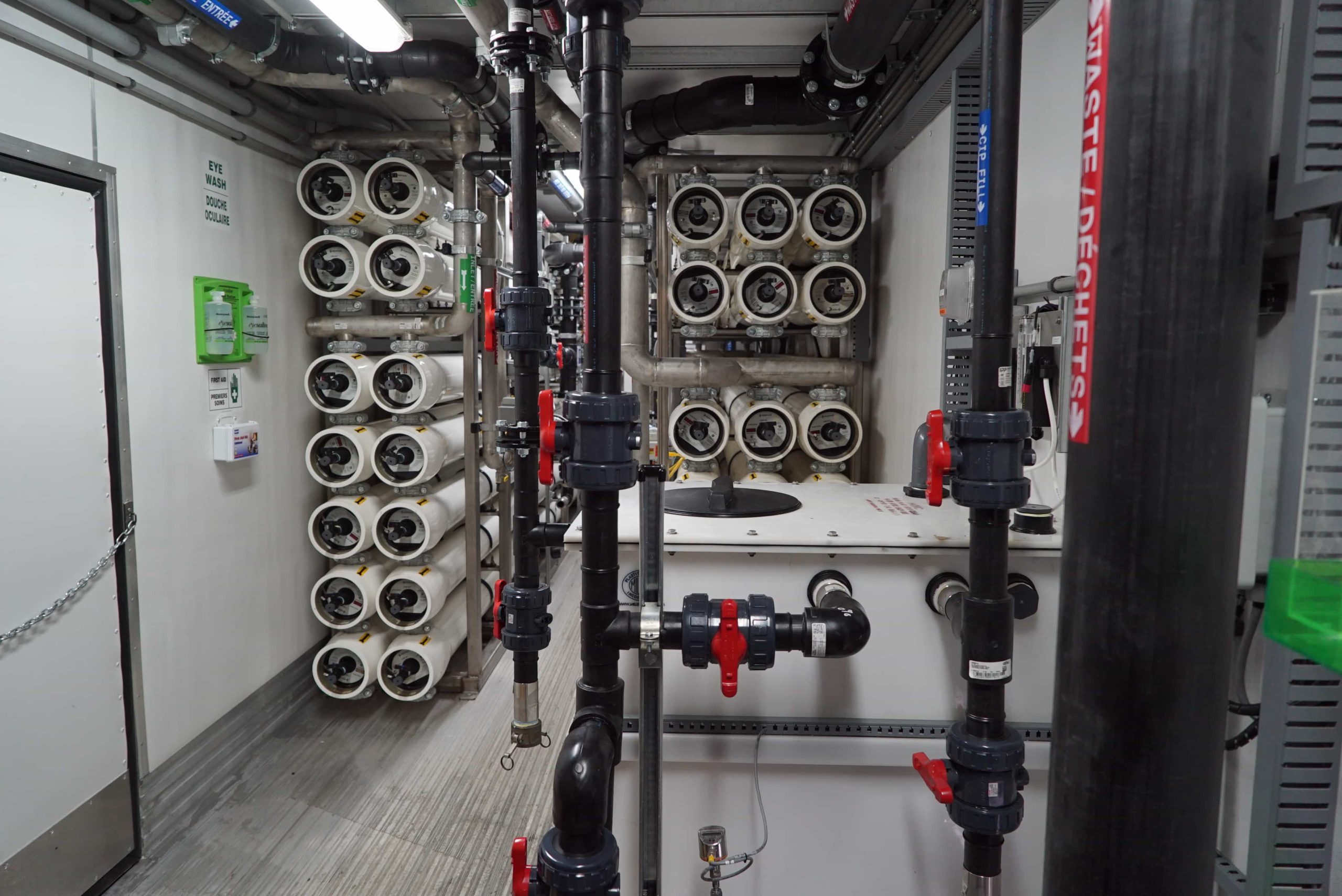 A Kansas manufacturing plant was forced to shut down after unusually high sodium levels in the Kansas River led to increased salinity in city water. Conductivity of the city water also increased from 500 µS/cm to 1,600 µS/cm. This heightened water conductivity was problematic during the rinsing process as it caused deposits to form on the product. The deposits further prevented adhesives from binding, a critical component to the manufacturing process.

The plant was not equipped to operate under these water conditions and was forced to cease production at a cost of nearly $1 million per day in lost revenue. At the recommendation of a local chemical vendor, the manufacturing plant contacted MPW for help.

MPW integrated a three-part purification program. First, an initial deionization (DI) treatment returned the production water to operational standards. MPW then supplied mobile DI trailers prior to the installation of a mobile reverse osmosis (RO) unit that was effective enough to supply the water for both production and its boiler feed.

Finally, MPW introduced an ongoing RO filtration solution to treat all system water, and function as a redundant backup to ensure stable and consistent water chemistry in the future.

MPW treated more than 360,000 gallons of water per day. Boiler efficiency increased from three cycles to 30, which drastically reduced the amount of chemicals required for production. The client estimated $300,000 in yearly savings on chemical costs and $100,000 in yearly water savings for a total of more than $400,000 — nearly double the projected savings — all by utilizing MPW’s RO services.

MPW experts also worked with plant personnel to establish water-source production contingencies to help prevent costly shutdowns in the future. Based on MPW’s emergency response and quality of equipment, plant leaders are working with MPW to install a permanent water-purification solution.