Attendees get the message during IT exercise 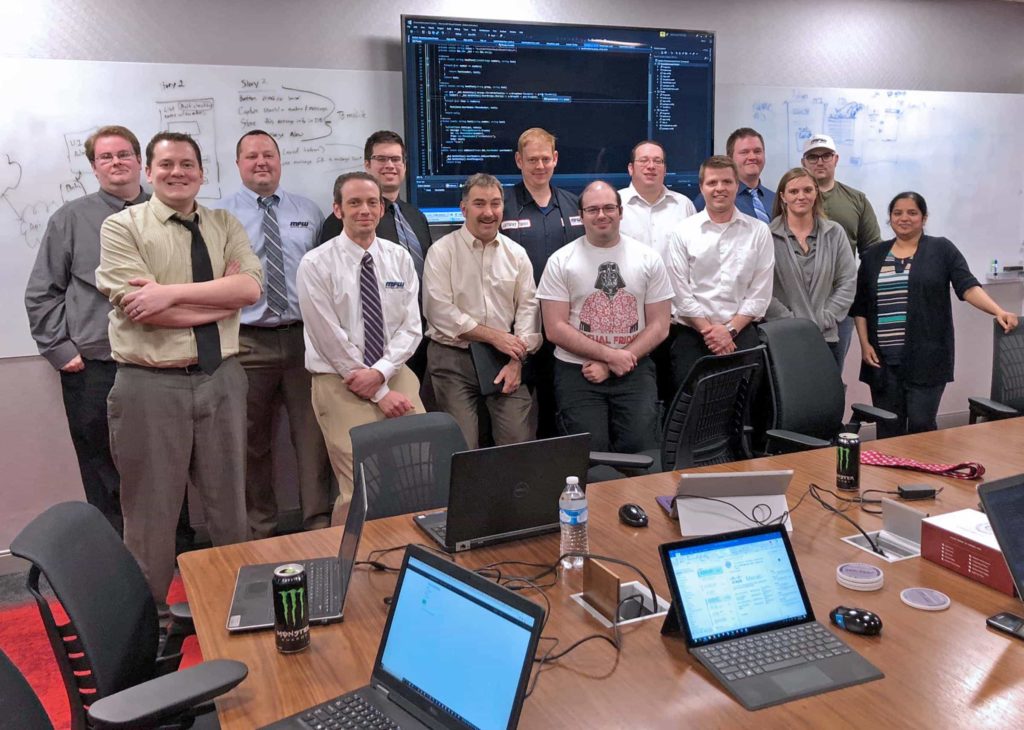 MPW’s IT Department held an after-work event on March 15 for the purposes of teambuilding and to demonstrate its technical skill.

“We broke up into three teams and ran a contest, Miller said. “We were looking to create a response, then an action. We used our computer systems to send group texts, defining our own lists for testing.”

Team 3 finished in first place in the contest, managing to complete four tasks involving the use of computer-generated Short Message Service (SMS) communications.

Miller said group texting could have some benefits for MPW in the near future.

“A possible example would be ICG technicians, who currently call in to Dispatch to get their weekly schedules,” Miller said. “We could design individualized texts to go out with schedules and built-in response options. It could also be an effective way to send emergency notifications.”

Miller said feedback from the attendees was extremely positive, despite it being IT’s first attempt at this type of event. A post-event survey indicated that all respondents rated the exercise good or better and all responses said they would be likely or very likely to attend a future event.

“We received a lot of positive input about the collaboration aspect of the event,” he said. “We mixed up the teams with people from both the Help Desk and Infrastructure groups, giving people the chance to work together who usually don’t get that chance. And there were no rules on what technology we could use, so we were able to explore processes and methods that we don’t typically utilize.

“I think the Hackathon displayed MPW’s culture of innovation and our eagerness to solve problems in new ways.”

Miller said the team was pleased with the results.

“We want to do it again,” he said. “We already know how to make the next event better. In the future I could see us opening it to other MPW groups and making it more of a brainstorming event for the business.”